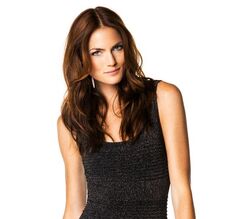 Linnéa Viveka Hellström occasionally known as Néa was born in Stockholm, Sweden to Einar and Matilda Hellström. She was raised mostly by her mother Tilda as her father was and is workaholic, desiring his own Council seat. Tilda and Néa have a wonderful relationship, they share absolutely everything with one another. When Tilda and Einar were experiencing trouble in their marriage, Néa comforted her mother the best a young girl could, with chocolate.

As Néa grew up, home-schooled, she split the time between her mother and father's home. She came to understand how a woman like her mother and a man like her father could have found each other. She also found that love, while beautiful and inspiring is devastating and frightening. Néa's mother Tilda remarried as did her father. She now has two sets of half siblings, the Hellström family ; Einar, Vada, Torrell, Petter and Merit, and the Lindberg family ; Tilda, Olander, Kettil and Nilsson.

The Hellström and Lindberg family both have Council member relations, Vada, Néa's step-mother is the daughter of a Swedish (former) Council member. Even with a similar background Néa and Vada do not get along. Although Néa has always known that she would make her way to a Council seat in her grandfather's footsteps she was never fond of Vada way of educating her or instilling of Swedish values. When Néa shared with her mother her disdain for Vada and her 'ways', Tilda was irate and put an end to Néa ever seeing the majority of the Hellström family.

Now an adult Néa has built relationships with her siblings, Torrell, Petter and Merit. She and Merit share a manor in Sweden. Merit does not provide the best public image for Néa, but as her little sister Néa feels that it is important she has someone, who is not Vada to show her right from wrong. Torrell and Petter are a different story, they usually only 'crash' at the manor when Néa is away on business. Kettil and Nilsson are able to keep them in line. The four boys from different lifestyles have a strange relationship that Néa does not understand but fully supports.

During Linnéa Hellström's short time as a Swedish Council Rep, she was marred by scandal. Following her willingness participate in an adulterous affair, and the undeniable fact that she had conceived of her first child. Néa began a short lived intimate relationship with the husband of an unnamed fellow Council Rep. Interesting Times got wind of "rumors", and within months Néa's belly bump swept the nation. She was very quickly removed from her Council seat, and ordered to return to Sweden immediately. She began maternity leave, with intentions to return after the birth of her son Cullen E. Hellström

Linnéa - pronounced le-NEE-ah. It is of Scandinavian origin, and the meaning of Linnea is "lime or linden tree". Also the name of a small pink mountain flower that was named after the Swedish botanist Carl Linnaeus, inventor of the universally recognized system of classifying plants and animals.

Viveka - a variant of Viveca (Scandinavian, Old German), and the meaning of Viveka is "alive; war fortress". 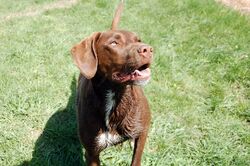 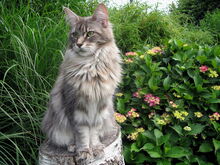 Highly innovative and ambitious, endowed with compassionate persistence and a friendly nature. Self motivated hard worker, brilliant at overcoming odds and not easily diverted. Charming, kind and fun loving. Good at assessing situations, planning ahead and giving your all when necessary. Outside projection of calmness can be misleading as it tends to hide anxiety and occasional self doubt.