Adele and Enrique Crestford were open Council supporters from the very beginning. They had to be,considering that Enrique was a Council representative himself, and to even imply that their allegiances lay elsewhere would be infinitely dangerous to the pair of them. So, whilst they had their doubts about some of the Council's more dubious laws, they successfully kept them under their hat and pretended to support the Council in everything, failing to see the other side of the argument. This blindness proved fatal.

They soon had one baby girl - nut-brown haired devil Emerald. It was difficult to control her, because she was like a herd of wildebeests on a rampage, all in one small body. They could never handle her; she was too much of an enigma for both parents. They prayed for an angel child to counteract Emerald's behaviours, but could never have predicted how quickly their dreams came true.

When the angel child arrived, they named her Lily after the flower in her father's lapel. She proved to be very supportive of her parents as she grew - and they realised quickly that they enjoyed their daughter's company very much and really hated the idea of her leaving.

She got engaged at the age of seventeen to her husband Carlos, a German man of principle whom she met at the G8 meetings. They lived together in Lily's parents' house - who were more than happy - probably too happy - to house their daughter and her lover.

When they returned to their country from their honeymoon, she learnt that her family had been taken by Optivus while she was away. She was lucky to have been away. As soon as she was able to she applied for the council to get revenge on Optivus for what is, in her eyes, unforgivable.

Lily prefers to get her way, and will argue for it. She's as witty as Wilde, and is a deadly foe in an argument. She has a dangerous level of confidence and likes to hit the nail head on. She has quiet and mysterious instincts, and nobody can claim to know every single iota about her, because not even she herself can. She has a good skill for façades and often uses this to keep a straight or serious face. 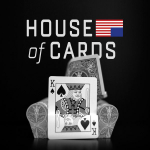 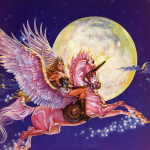