Edit
watch 01:36
We're Getting Mutants in the MCU - The Loop
Do you like this video?
Play Sound

Her family is a hard working folk for no side, they got along barely so they had to adopt Lilly to her aunt. She was adopted on her 4th birthday. While her sisters and brothers shortly after they were 4 where adopted by Taina. However her brother was very curious who their parents where so he ran away form Taina for a short period of time, until he was found by Taina again. He ran away for 4 days, but he did find there names. Taina shortly after made a excuse why their had died. When Ronald ran away, Lilly was 8 years old.

Soon after her 11th birthday, her brother died of cancer. Lilly became ill for sometime as well, but while Lilly was sick, Taina grew completely crazy, so Lilly and her sisters had to go to a new home. They went to live with a cousin by marriage. She was named Georgia. She was happy to see they where happy and safe, she was rich so she could take proper care of them. Lilly still misses her brother, but her life is a lot better now that she's with Georgia.

She's innocent and friendly, she loves to draw and color, She is a very hardworking child. She loves to color and is sometimes annoyingly nice to to others. She is however street smart and all about fun. She is very bright and cheerful, she is happy- go lucky and easygoing. She is very hard to get on a side because she thinks of the bad things and the good things before joining. 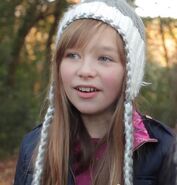 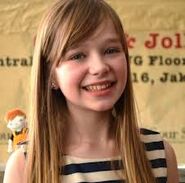