Edit
Abraham Møller
(This character was created by Belle Linda) 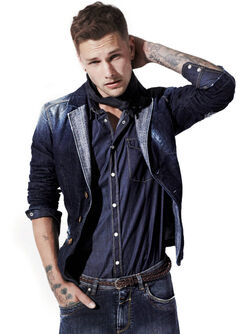 Abraham Møller was born December 18th in North Rhine-Westphalia, Germany. He is the brother of Elijah, Jacob, Peter, and Paul, son of Laurelei and Reginald Møller. Abraham was a young boy who didn't stand out very well among his four older brothers. He tried to join his brothers in mischief and trouble, which was not easy for him to participate in. Jacob, Paul and Abraham were born to be bad, they were good at it and it made them happy. If other were sharing, they would hoard, if others were making conversation they would eavesdrop for details, if others were fighting they would make use of the distraction. The boys are the three musketeers at their worst, Abraham wanted to be his brother Peter, he wanted to be their D'Artagnan. Never a part of their games and never welcome to join. All through the boys school years Jacob, and Paul would make endless amounts of trouble, little Abraham was lumped in for being so close to the action no one knowing he had always missed the chance to play along. Elijah and Peter were always excluded from the punishment that followed.

When the Møller boys learned of their implanted chips they were all visibly upset. Jacob punched a hole in the wall and nearly stopped speaking, Paul disappeared for a few days, and Abraham, little Abraham changed completely. Elijah and Peter took is fairly well, they had heard of the chips from their circle of friends. The chips have their advantages and disadvantages. Abraham didn't see it that way. After a family dinner while Reginald and Lauralei gathered their boys to let them know they would be moving back to Düsseldorf, Abraham gathered his brothers to help them remove their chips. All his brothers, Peter excluded had their chips removed, and a tattoo placed over the invasive markings. When Peter was asked to join his brothers he declined. He put on a big show, starting an argument, storming out of his parents home, and taking their chips with him. Abraham has joined with Optivus, working to convince his brothers to do the same. He has yet to confront Peter.

Abraham may be viewed either as meaning "father of many" in Hebrew or else as a contraction of Abram and הָמוֹן (hamon) "many, multitude".

Conrad is derived from the Germanic elements kuoni "brave" and rad "counsel". It was also borne by several medieval German kings and dukes. 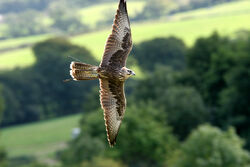 Abraham went unnoticed by his brothers, and his family for a large part of his life. When he made the decision to have his chip removed his brother did as he did and had them removed as well. The boys each have a tattoo placed over the mark to cover the invasive markings left from removal. Abraham was a quiet boy never speaking up for himself, letting thing happen around him. After learning of their implants, Abraham changed, he didn't sit around with this monitor embedded in his skin like Peter he had the 'virus' removed immediately, and has dealt with any threat similar ever since.